Two weeks ago, Gladinet Cloud Desktop 3.0 was released. It was well received by the Gladinet community as it was featured on lifehacker.com too.

This will be a typical Gladinet Cloud Access Suite release cycle; the Cloud Desktop will be released first; two weeks later, the Cloud Backup release; and two more weeks, the CloudAFS release. 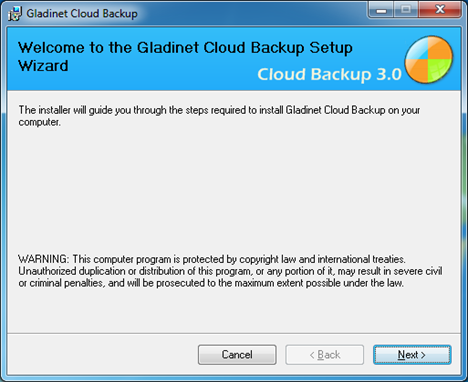 Cloud Backup has a brand new 3.0 User Interface, making it easy to navigate and use. 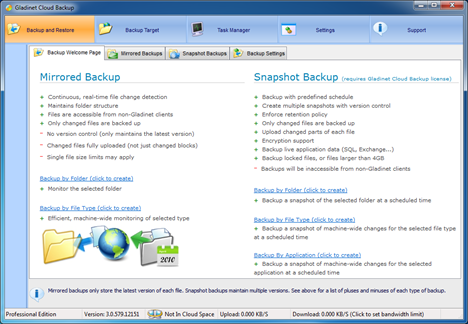 It also share the same 3.0 transfer engine which is faster and more reliable as compared to 2.0.

We also have large file support for Cloud Backup now.

Camped said…
Any chance of adding support for access the 30GB of free storage I have with www.glideos.com?
March 9, 2011 at 1:57 AM