By CentreStack - October 30, 2009
As the IT director for a small and medium sized company, Joe is thinking about moving some company data to cloud storage. He wants to setup several tiers, some reports go to S3, some go to AT&T Synaptic Storage (2 copies, one site) and some go to Synaptic with 3 copies across two sites. He wants his end users to have a seamless experience when he is moving. Sounds interesting to you? Read on ...

With the release of Version 1.3 Cloud Desktop, Gladinet introduced Cloud Gateway. Cloud Gateway is a file server, backed by different cloud storage providers. From the IT administrator's perspective, they can set it up on a central server and publish folders to users. From an end user's perspective, they just see extra folders on their desktop, when they drop files into the folder, files are going to the Cloud Gateway and onto different cloud storage services later on.


Here is a picture about the difference between connecting directly to the cloud storage or using a gateway. 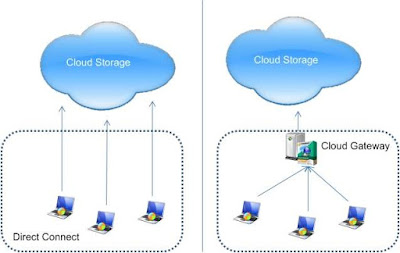 As an administrator, you can mount the cloud storage on the gateway server, publish the folders, without giving out cloud storage credentials (such as an S3 ID and SecretKey). 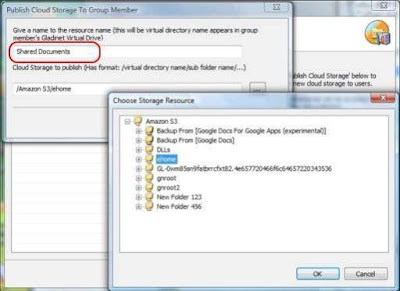 As an end user, you will see extra folders in your cloud desktop. 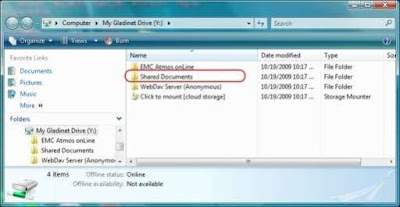