Showing posts from November, 2010
Show all

By CentreStack - November 30, 2010
You are the IT admin of a 50-student team and you are thinking of providing cloud storage for each of the 50 students. Each will have around 10G cloud storage space. Each will have both home access and on-premise access to the storage. This is a typical use case for students in your department looking for places to store their project files and term papers. Why Cloud Storage? As the admin, you are looking for a low cost solution without the burden of maintenance. For 10G, the cost is around $1.5 per month per person for storage and some more for bandwidth. The cost is pretty low compares to someone has to maintain an in-house file server. Why Amazon S3 When it comes to cloud storage,  Amazon S3 is the leader in this category in 2010. It has been in the market for the longest and has the biggest deployment. Gateway to S3 Cloud gateway can mean different things to different people.
Post a Comment
Read more 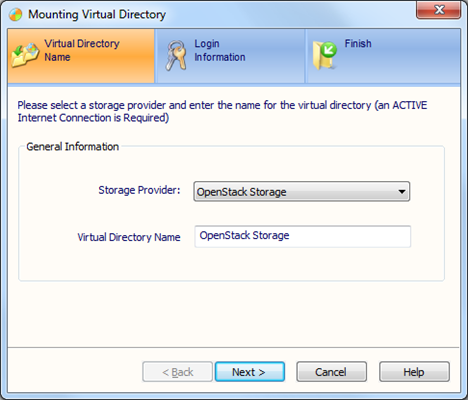 As quoted from the OpenStack web site: OpenStack Object Storage is software for creating redundant, scalable object storage using clusters of commodity servers to store terabytes or even petabytes of accessible data. To summarize in a different way, it is open source software to build cloud storage on cheap commodity PCs . Sounds like a pretty good deal? Certainly it looks attractive to service providers looking to enter the cloud storage market. If you are building an OpenStack cloud storage offering in your garage now, you will find Gladinet a great help to provide a gateway to your cloud storage once it is ready. Depending on what you need, you may use Gladinet Cloud Desktop , Gladinet CloudAFS or Gladinet Cloud Backup . You may need all of them as a cloud storage access suite.
Post a Comment
Read more

Why Amazon Compatible API is not a Good Idea

By CentreStack - November 22, 2010
When Google Storage for Developer came out, it came out with an Amazon S3 compatible API. There are also other service providers do the same thing. The logic was simple. If Amazon S3 is the leader, by providing an S3 compatible API, the cloud storage provider attracts existing S3 communities and existing S3 developers. Initial thought, it is a good move. But wait a second…
2 comments
Read more

A Reason to Use Google Storage

By CentreStack - November 22, 2010
“ If I have Amazon S3 , do I still need Google Storage ?”, a customer asked us during a support call. The mind was drawing blank that moment, and after a few seconds, the answer was ‘no’ as it slipped off my tongue. That could be a typical moment when you were asked a question that you never thought about before and had to answer it quick. After the call, we had all the time to answer the question – If I have Amazon S3, do I still need Google Storage ? Coming back to the context of the call, the customer is a Google Apps user, with Google Docs . He was finding ways to work around the Google Apps 1G byte limit in the Google Docs. Apparently he likes Google Docs and wish he could put more into his Google Apps account. Finally, we told him, look, we have been waiting for the more storage from Google Docs (w/ Google Apps) too. There is Google Storage for Developer, priced similarly to the Google Apps storage,  which allows you to store 1T bytes.
Post a Comment
Read more

By CentreStack - November 16, 2010
AT&T Synaptic Storage is a cloud storage service.  There are many use cases that apply to cloud storage. For example, off-site backup and restore, collaboration and sharing, anywhere access and mobile workers are all among the most popular use cases for cloud storage. Synaptic Storage is no exception, supporting all these use cases. This week, we will start a series of quick start videos covering the Gladinet products and how they enable different access scenarios to AT&T Synaptic Storage. Cloud Desktop – Desktop access and remote admin use case. CloudAFS – File server access for a group of users. Cloud Backup – Backup services for servers and workstations. Below is the quick start video for AT&T Synaptic storage. ( click this link for HD format )
Post a Comment
Read more

By CentreStack - November 01, 2010
Your SMB company spans several sites, each site has its own data storage solution like a NAS device. It is good initially but overtime, the remote site becomes data-silos that are disconnected and can’t be shared across company easily. The longer the data has to stay local to the remote sites, the harder it is later on to consolidate. The earlier you can leverage cloud storage to consolidate your remote sites’ data, the easier it is later on for access. Cloud Storage Cloud storage is good for consolidating data from different remote sites. You can have data hosted by Amazon S3 , Rackspace Cloud Files , Windows Azure Storage or AT&T Synaptic Storage and gain access from different remote sites. The Cloud Storage Service Providers will take care of the storage provisioning, replication and other tasks that you had to do previously on a  per-remote site basis.
Post a Comment
Read more
More posts