By CentreStack - June 02, 2010
Google has different storage options before the announcement of the Google Storage for Developers. You can store file attachments in GMail, pictures in Picasa and documents in Google Docs.

Gladinet software has the AES-256 support since version 2.0. With the recent support of the Google Storage for Developers Tech Preview, Gladinet has an answer for you to backup files securely with the Google Storage. The system encrypts your files before saving them on the Google servers in their encrypted form.

To backup securely to Google Storage, we have to first select a folder for encryption in the Virtual Directory Manager of the Gladinet Management Console: 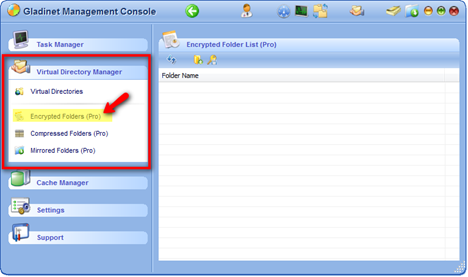 After clicking on the icon to add a new encrypted folder, select the Google Storage folder that will be your backup target. 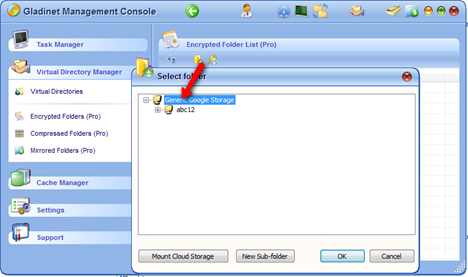 The first time an encrypted folder is added, you  will be prompted for a password that will be used to generate an encryption key. 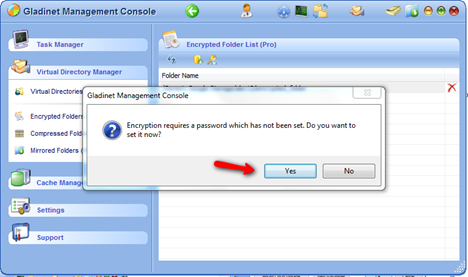 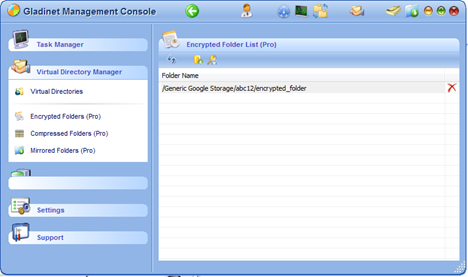 Now everything that is uploaded to Google Storage will be encrypted. We can now select this encrypted folder, or any of its sub folders as a backup target in the backup wizard.

For example, if you want to backup all documents to Google Storage, first select the “Backup My Documents” option from the systray menu: 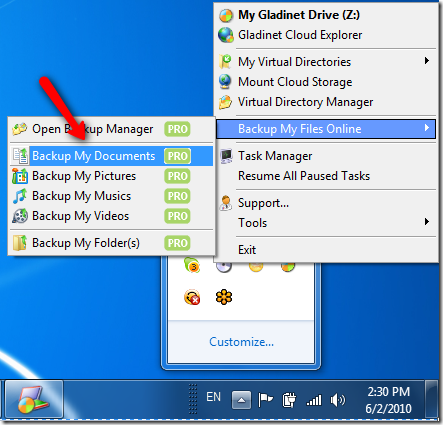 And all backups to Google Storage under the specified encrypted folder will be protected by AES 256-bit encryption.