Legacy application migration often presents a prohibitive set of challenges for businesses seeking to modernize and adapt their applications with best-of-breed cloud services, such as AWS, Azure, and Google Cloud Platform. Despite the compelling business drivers pushing them to complete digital transformation the cost and complexity of rebuilding these legacy applications to become cloud-native often forces them to seek alternatives. 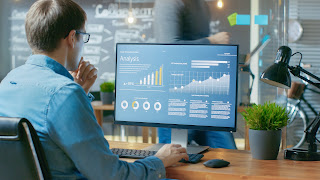 The common answer is a “lift and shift” approach where the application and its existing data are essentially “lifted” from the on-premises environment and “shifted” to new hosting premises in the cloud with minimal changes. This reduces the migration costs and complexity since the application is essentially moved to cloud-based servers with almost no changes in architecture, schemas, or any other aspects of the design.

For example, an organization may decide to migrate QuickBooks or an ERP application from local servers to Azure virtual machines or AWS EC2 servers. This will allow them to enjoy some of the benefits of cloud migration with the main areas of focus being the compute, networking, and storage requirements for the migration.

After the lift and shift migration is completed, users will typically access the hosted legacy application through a VPN connection or remote desktop services. Despite the broad acceptance of these connection methods, they lead to performance bottlenecks that can be eliminated with CentreStack.

When a legacy application is accessed through a published desktop, users tend to create performance problems as they use other applications that place high demands on the compute resources. A common example is web browsing with applications like Google Chrome. As users open multiple tabs in the browser while they work, they will notice significant degradation of performance as the number of user sessions quickly approaches the well-known limits of terminal servers. Providing a mapped drive on the user’s endpoint solves this problem by offloading file browsing and web browsing to the user’s local desktop and publishing just the application instead of the entire desktop.

Alternatively, when users establish a VPN connection to the server, mapping a drive using the CIFS/SMB protocol can significantly increase the network load as users browse and access files. CentreStack provides a proprietary streaming protocol that is embedded in HTTPS. This significantly increases performance for the end-users and dramatically reduces bandwidth consumption.

The following diagram provides a high-level view of the basic architecture where the servers hosting the files and folders could be on-premises (as shown in the diagram) or lifted and shifted to a cloud data center. 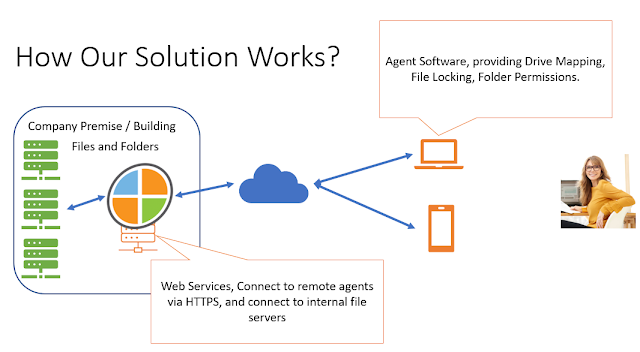 Rudy Yonkov is a Gladinet partner that runs an IT solution provider called Solution King. Their services include software development, hardware infrastructure, and enterprise-level hosting. Before becoming a Gladinet partner, his company built a practice that hosted Quickbooks, ERP, and other legacy applications on Azure virtual machines for customers. At first, they published desktops to provide remote access but then ran into the following problems. 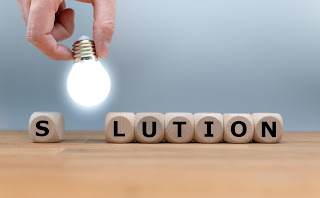 Because of his focus to maximize customer value, the business model could not absorb the increased costs or user complaints. So Rudy decided to change their approach by using CentreStack to provide mapped drive access from the end-user desktops to the hosted servers. This simple change allowed them to browse and access files from their desktop as if they were still on the same LAN as the terminal. And since he had offloaded file and web browsing to the client, he was able to use Terminal Services Plus to publish the legacy applications instead of the entire desktop with the following benefits:

To learn more about this or other CentreStack use cases, schedule some time with me here: https://calendly.com/franklyn-peart