Google Drive is here and it is cool. It works like Google Docs with a drop-box. If you want to upload files, you can drop the files inside this specific “Google Drive” local folder and the files will sync up. Also the files you changed from other places can be synced down to this “Google Drive” folder too.
As data grow, this automatically all-sync-up method may not be as desirable. Google Drive comes with this “Only Sync some folders” feature. It allows you to select which folder to sync and which folder not to sync. 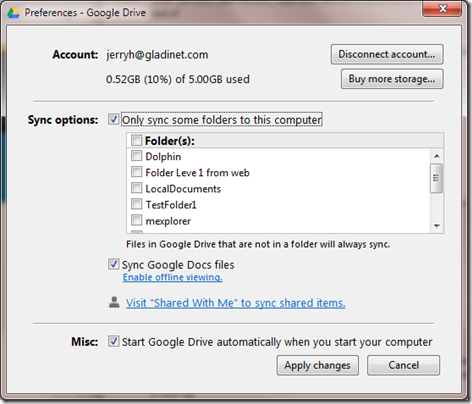 However, for the folder you don’t want to sync, you lose the ability of real-time access to the Google Drive file. Now comes Gladinet to help!

A full-sync for access is nice but sometimes a mapped network drive is more desirable. For example, some customers may not like the idea that the laptop has a full-sync copy of every sensitive document. Sometimes, a lazy on-demand random access to a file is more efficient.
To have a mapped network drive, you just need to mount your Google Drive account with the latest Gladinet software. 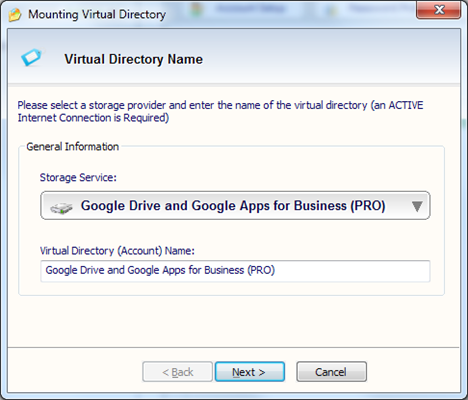 Since the Google Drive integration is done with the secure OAuth2 protocol, the next page will see the OAuth2 Authorization Code, you will click the ‘here’ link to get the authorization code from Google. 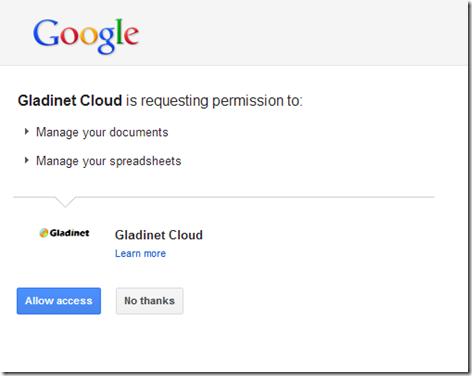 After you put in the Authorization Code, you will get the Google Drive show up in your mapped network drive. 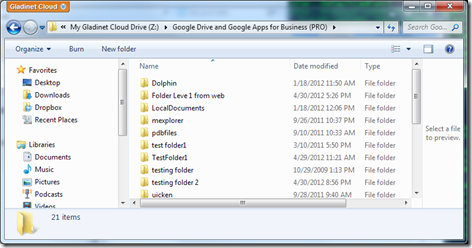 Moving all the files into the “Google Drive” folder for backup is nice, since it will sync files and folders that got dropped into the folder.
Sometimes, you just need to backup files from their existing places. For example, you may have files on a NAS device and you want to backup directly from NAS device to Google Drive, instead of dropping the files into the “Google Drive” local folder, and then backup.
Gladinet can backup files from their existing place to Google Drive directly. 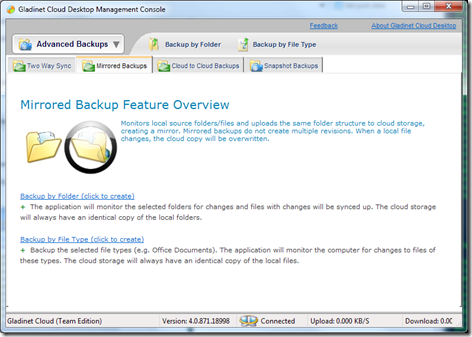 There are many other features that Gladinet has to compliment your existing Google Drive experience. Check it out at http://www.gladinet.com/access-google-drive.htm
In the next article, we will discuss Google Drive support at the Team Edition level, which enables another level of support such as interoperability between Desktop and File Server, all with Google Drive.