Desktop Sync to GDrive (Google Docs) and SkyDrive All at Once

It can be a backup folder with two destinations in Google Docs and SkyDrive.

It can also be a online repository that is RAID 1 across Google Docs and SkyDrive. If one is down temporarily, you can still reach to your documents from the other.

It is a Dropbox like functionality based on both Google Docs and SkyDrive.

Step 1: you will need to create the special folder first. You can put it anywhere, such as on the desktop (My GDocs_SkyDrive Dropbox). 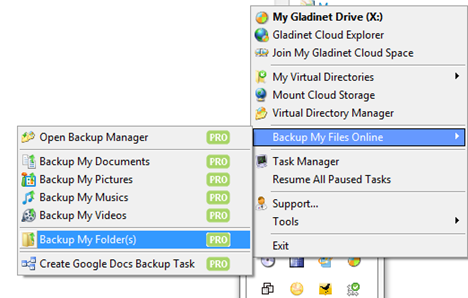 Step 3: select the special desktop folder that you have created. 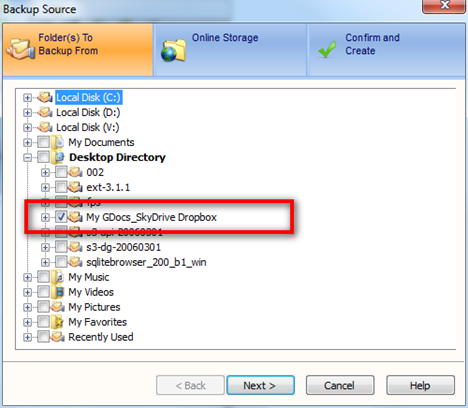 Step 4: now select both SkyDrive and Google Docs as destinations. 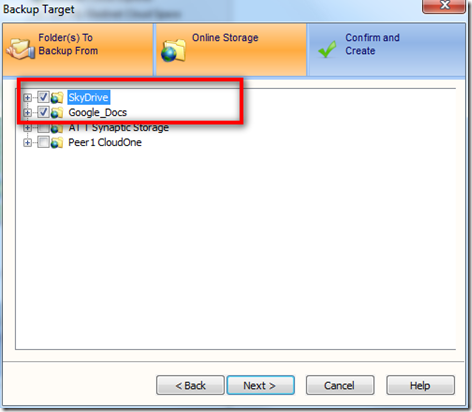 Step 5: finish
By default, the backup task will start immediately and it will continue to monitor the folder for changes. 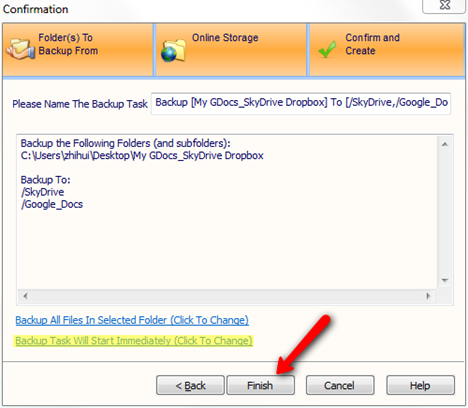 Now, anything you put into the My GDocs_SkyDrive Dropbox folder will be synced to both Google Docs and SkyDrive.
Google Docs skydrive