How to Migrate File Server to Google Docs

The goal of reverse backup from Google Docs to a local PC is to prepare for Internet glitches and cloud service glitches.

If you are a company of 5-10 people and thinking about getting rid of aging file server and move to the cloud (Google Apps/Google Docs), this document is a reference implementation of the migration.

In the existing infrastructure, everyone in the company is sharing folders and files through a file server inside the company. As company grows older, the file server is getting older too. 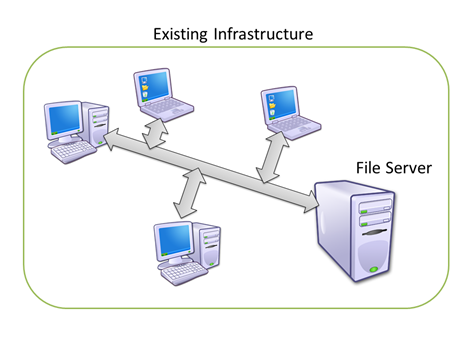 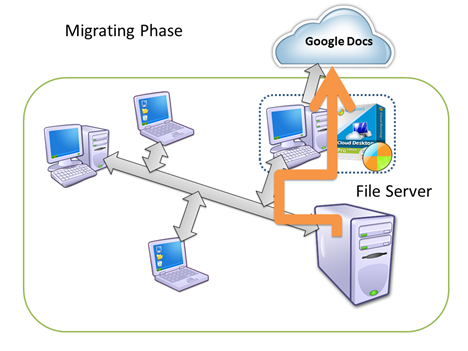 In the  final phase of migration, all the folders and files are in Google Apps/Google Docs. The documents on the Google Docs are also backup to local PC for disaster recovery. In this final picture, the local PC can be cheap and is also replaceable. If a local PC crashes, you just need to bring in another local PC/laptop. The old single point of failure in the aging file server is removed and the related file server functionality is moved to Google Docs – in the cloud!

Gladinet software in the picture below fulfills the cloud storage connector role between user’s local desktop and the online Google Docs storage. 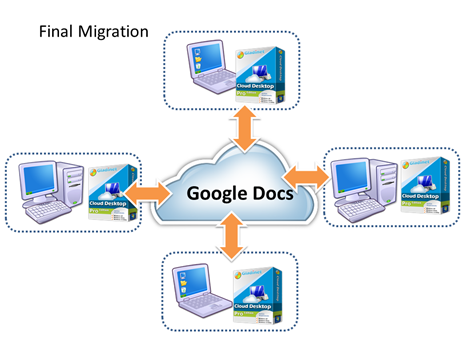 An optional deployment is to leverage Amazon S3 in addition to Google Docs. This way, in case one cloud storage service is down, the other one can continue to work. 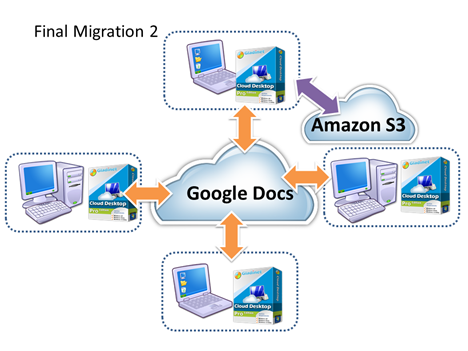 How to Backup Google Docs to Local PC

I found your blog in google search. I found very useful info about "How to Migrate File Server to Google Docs" in this blog. This is very necessary info because now computers are a important part of modern economy.So, this info is very useful.
visit me too at
Disaster recovery file server :)